A to Z Challenge: C is for Come Back 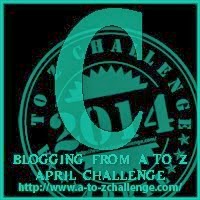 This year, I'm participating in the insane awesome A to Z blogging challenge, which entails posting EVERY SINGLE DAY during the month of April, except for Sundays. Each day's theme corresponds to a different day of the alphabet: 26 days, 26 posts. I'll be blogging each day this month on some aspect of my current work in progress (WIP).

C is for Come Back

I'm diverging a little from my A to Z Challenge theme today (and I write this blog, so I get to do fun cheat-y stuff like that), and using the letter 'C' to welcome the fabulous Melissa Maygrove to my blog! Her debut novel, Come Back (how perfect that it started with letter 'C'??), is going to be published on May 12th. So, in honor of all of the cover-reveal and promotional activities this week, instead of talking about my process, I invited her here to ask her some questions about her own process of writing her novel.

Here are her answers, and they're so honest, courageous, and inspiring, that I'm honored to be able to post them. Welcome, Melissa!

1. What was the most difficult scene to write, craft wise?
That would be the confrontation with the villain, hands down. Minor details often work themselves out when I actually write a scene, but good grief. This hair-puller not only eluded me during plotting, it remained a nebulous blob until I was more than half way through the book!

Some earlier aspects of the plot had to take shape first before I knew what would happen, but other things complicated it, too.

I had to work within the laws and customs of the times and still make the villain’s fate satisfying to the reader. Also, quite a few minor characters make an appearance for only this scene. Giving the reader enough information to visualize them without bogging the story down was tough, as was being careful not to neglect the main characters’ actions and reactions. It was a lot of plates to keep spinning.

2. What was the most difficult scene to write emotionally?
Many scenes made me reach for a tissue (still do), but the ones dealing with suicidal ideation often affected my mood for days.

It’s not something I talk about much, but I went through a period of serious depression in my early twenties. I was so far gone, I was actually contemplating methods of killing myself. Thankfully, a good friend intervened and talked me into getting counseling.

Let me pause here to say, if you know someone who’s depressed, be that friend.

Rebecca, the heroine in Come Back, was very depressed after being abandoned in the wilderness. At times I had to mentally take myself back to that low time of my life in an effort to write her character authentically. It wasn’t easy, but I think it made for a better story.

Thanks for hosting me today, Liz. I love your blog, and I’m honored you invited me here.

It was my pleasure! And now for a little taste of Come Back.... 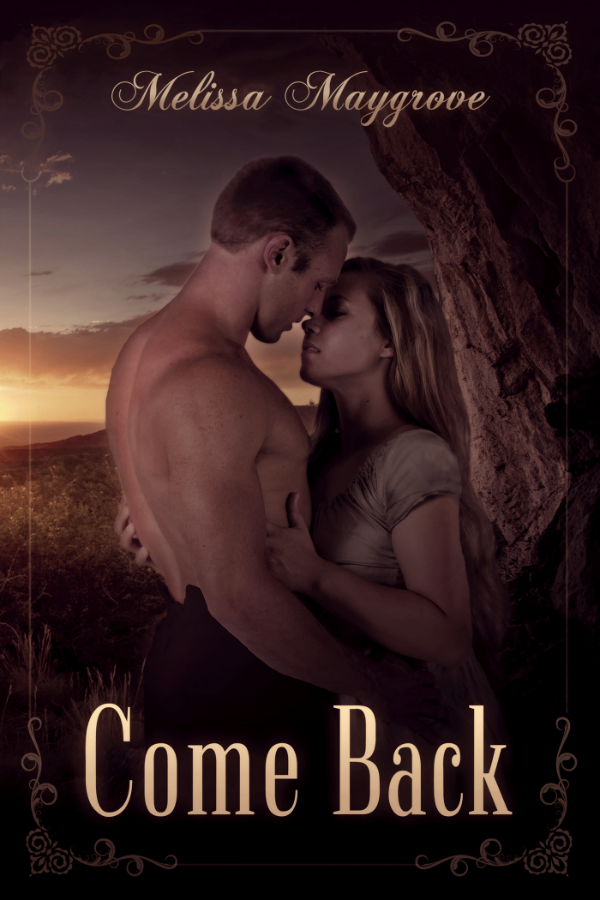 Come Back, by Melissa Maygrove
Sometimes a single choice alters the course of a person's life forever.

Left behind by everyone she loves...

Rebecca Garvey had the promise of a California future dreams are made of, until the wagon train her family was traveling with left her behind. Now she’s slowly dying in the wilderness, abandoned and stripped of her self-worth. Once the shock of her desertion turns to embittered despair, she doesn’t want to be found. Then a handsome stranger challenges her convictions and changes her mind.

Headed for Texas, chased by the demons of his past...

Seth Emerson knows exactly what he wants. Working to save for a cattle ranch of his own keeps him busy and keeps his pain buried. Rescuing a stubborn woman from the hills of New Mexico Territory isn’t part of his plan—but she’s exactly what he needs.

Making greater sacrifices than either of them could foresee...


Seth and Rebecca set off on a risky journey and a quest for truth, each healing the other’s love-starved soul along the way. Will they give in to their growing attraction?  Or will they honor their commitments when Seth returns Rebecca to civilization... and her betrothed?

Native Texan Melissa Maygrove is a wife, mother, nurse, freelance editor, and romance writer. When she's not busy caring for her tiny nursery patients or shuttling teenagers back and forth to after-school activities, she's hunched over her laptop, complicating the lives of her imaginary friends and playing matchmaker. Melissa loves books with unpretentious characters and unforgettable romance, and she strives to create those same kinds of stories for her readers.

Email ThisBlogThis!Share to TwitterShare to FacebookShare to Pinterest
Labels: A to Z challenge, Come Back, guest blog, interview, Melissa Maygrove